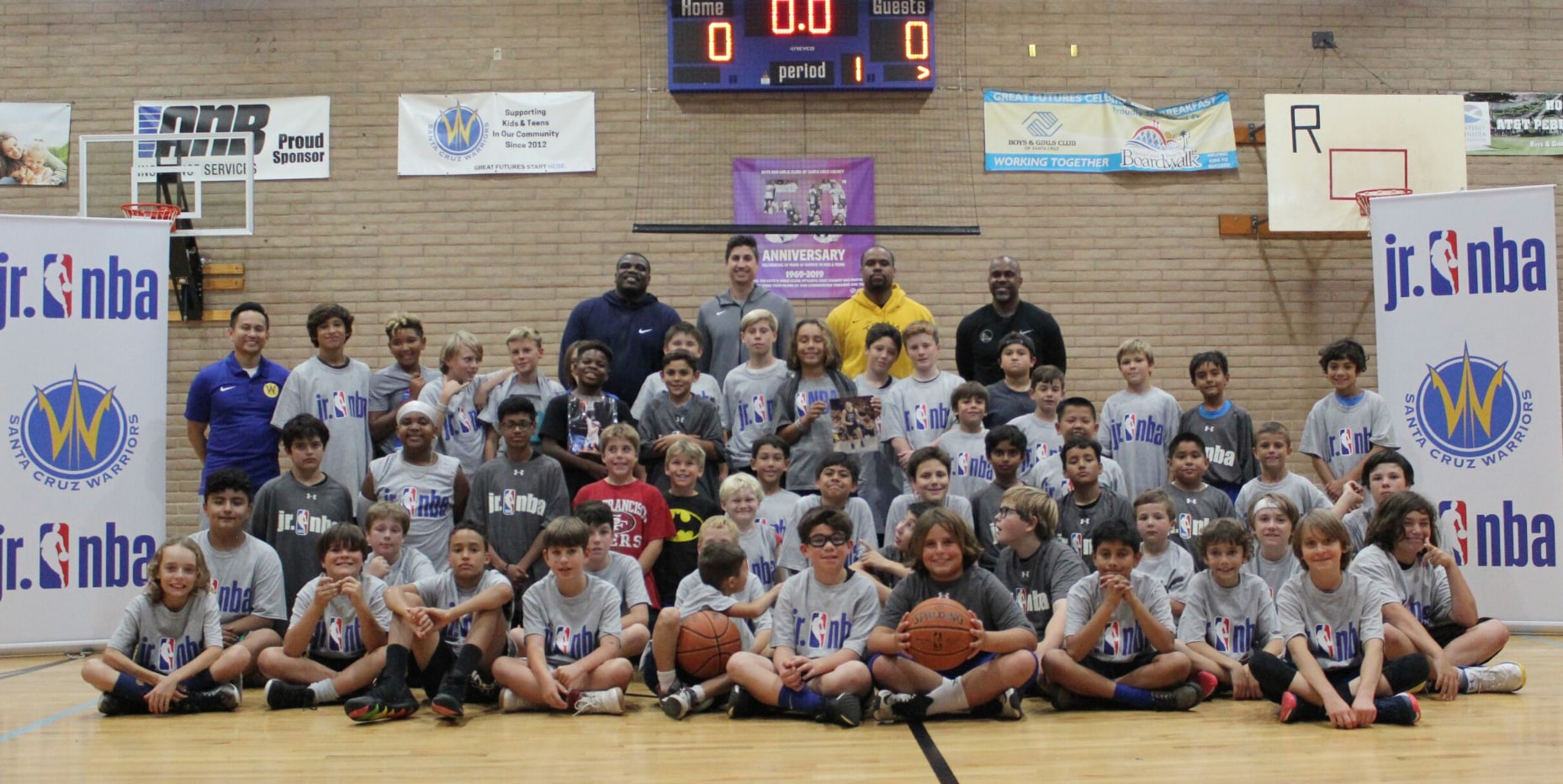 As the Santa Cruz Warriors prepare for Opening Night at Kaiser Permanente Arena on November 9, the new coaching staff hosted a #JrNBAWeek Clinic at the Boys and Girls Club Downtown Clubhouse on Monday, October 21. The Warriors coaching staff, led by Head Coach Kris Weems, engaged with 60 youth clubhouse members that are preparing for the upcoming Boys and Girls Club basketball season.

Boys & Girls Club Athletic Director Bryon Windsor introduced the coaching staff to the youth and led them through a warm-up run across the Clubhouse court. The youth then divided into drill stations, as Coach Kris Weems and Assistant Coach James Andrisevic worked with the youth on shooting and created a competition between the two lines to see who could score the most baskets. Assistant Coach Michael Lee taught proper dribbling and showed drills that the youth can do to improve their handles at home.  Assistant Coach Anthony Vereen demonstrated some off-the-ball movement patterns, specifically focusing on pick and rolls – a Warriors basketball favorite. Head Athletic Trainer Long Lam used an agility ladder to teach footwork and speed, while increasing the heart rates of the participants.

At the conclusion of the eight-minute drill stations, the coaches led a Q&A session, where the youth who answered a Santa Cruz Warriors question correctly won a signed item from current Golden State Warriors players Klay Thompson and Draymond Green. The clinic ended with a group photo and autograph session, where youth had the opportunity to get their new Jr. NBA T-shirts autographed by the coaching staff.

This Santa Cruz Warriors basketball clinic at the Boys & Girls Club was part of the fifth annual Jr. NBA Week (October 14-21, 2019), as the league and its teams engage youth ages 6-14 in various youth basketball events in their markets to foster a love of the game. Fans can follow the league’s Jr. NBA Week celebration at @jrnba or on Facebook at Jr. NBA.